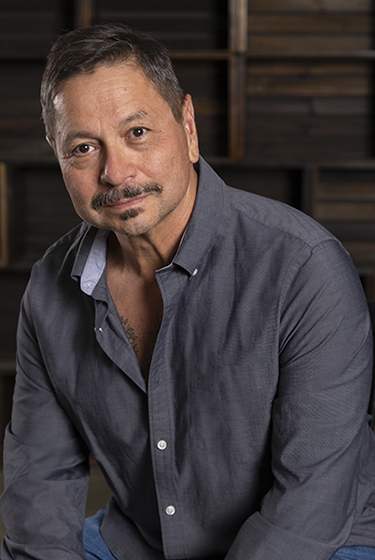 Michael Nava is the author of an acclaimed series of seven crime novels featuring gay, Latino criminal defense lawyer Henry Rios. The Rios novels won seven Lambda Literary awards and Nava was called by the New York Times, “one of our best.” In 2001, he was awarded the Bill Whitehead Lifetime Achievement Award in LGBT literature.  A native Californian and the grandson of Mexican immigrants, he divides his time between San Francisco and Palm Springs.

In 2014, he published The City of Palaces a historical novel set in the years just before and at the beginning of the Mexican Revolution of 1910.  Novelist Christopher Bram said about The City of Palaces: “City of Palaces begins as the love story of two good people, a Catholic and an atheist, who find each other in the corrupt world of belle epoch Mexico City.

It grows into a magnificent epic about family, politics, art, revolution, and hope.  This is a masterly work of old-fashioned storytelling, rich and spacious and moving, a novel that deserves to be compared to The Leopard, Love in the Time of Cholera, and Doctor Zhivago, but with its own intimacy and grandeur.”

Nava has also had a distinguished legal career, having earned his law degree from Stanford University.  He retired from the law in July 2016.

The Children of Eve Novels